STORAGEVAULT CANADA INC. (“StorageVault“) (SVI-TSX-V) further to a press release dated January 6, 2011, StorageVault is pleased to announce that the Acquisition Agreement of Purchase and Sale (the “Acquisition Agreement“) to acquire from an arm’s length vendor a recreational vehicle storage facility located in Saskatoon, Saskatchewan, known as RV Storage of Saskatoon, has been amended…. Read More

/NOT FOR DISTRIBUTION TO UNITED STATES NEWSWIRE SERVICES OR FOR DISSEMINATION IN THE UNITED STATES OF AMERICA/ CALGARY, Feb. 23 /CNW/ – CanElson Drilling Inc. (“CanElson” or the “Company”) (CDNX:CDI.V) is pleased to announce that it has entered into an agreement with a syndicate of underwriters led by Peters & Co. Limited and including Stifel… Read More

(Saskatoon, SK) Crestline Coach Ltd., a leading ambulance manufacturer based in Saskatoon, Saskatchewan, has been named one of Canada’s 50 Best Managed Companies. 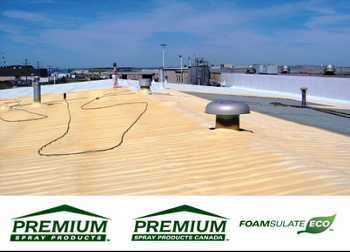 MARIETTEA, GA — February 4, 2011 — Premium Spray Products in Marietta, Georgia and HTS Hesterman Technical Services of Regina, Saskatchewan are proud to announce that they have joined forces. This strategic alliance will provide the spray foam technology synergies and purchasing economies that will bring significant advantages to customers across North America.